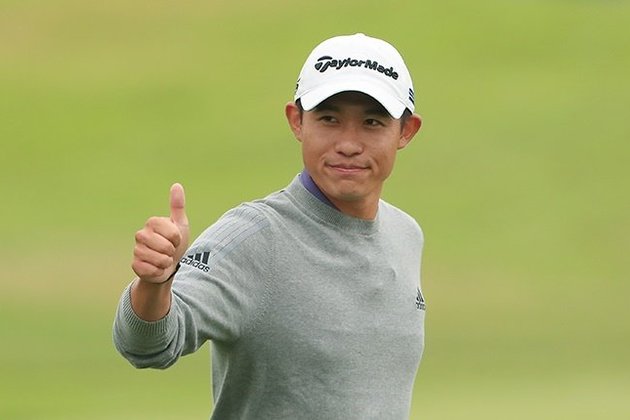 The emergence of a new star and the sad stumble of a former world No 1 feature in golf talking points this week:

While the world's eyes were on Morikawa's PGA Championship win, another 23-year-old was suffering a brutal meltdown.

Former No 1 Lydia Ko threw away a five-shot lead with six to play as she chased a first LPGA Tour victory in more than two years at the Marathon Classic.

Ko began to wobble with a bogey at 14 and another at 16, but still held a one-stroke lead over the previous week's winner Danielle Kang as they stood on the tee of the par-five 18th.

Her second shot flew the green onto a cart path, her third careered back through into more rough and her fourth was duffed into a bunker.

She splashed out to 10 feet but missed the putt that would have forced a playoff, a double-bogey seven ensuring her 833-day win drought continued.

The four-time major winner, who last year claimed he didn't see McIlroy as a rival because "he hasn't won a major since I've been on tour", this time took aim at third-round leader Dustin Johnson, who was two clear of Koepka going into Sunday.

"I like my chances," Koepka said of winning a third PGA in a row if it boiled down to a final-round duel, chiding that "DJ's only won one (major)".

Rory McIlroy fired back. "I certainly try to respect everyone out here," said the Northern Irishman, who has four majors of his own.

"I mean, it's sort of hard to knock a guy that's got 21 wins on the PGA Tour, which is three times what Brooks has." Ouch.

For the record, Johnson finished in a share of second while Koepka was four-over by the turn and slumped to tied 29th.

Newly crowned PGA Championship winner Collin Morikawa has moved into the top five in the latest golf rankings released after his win at Harding Park: