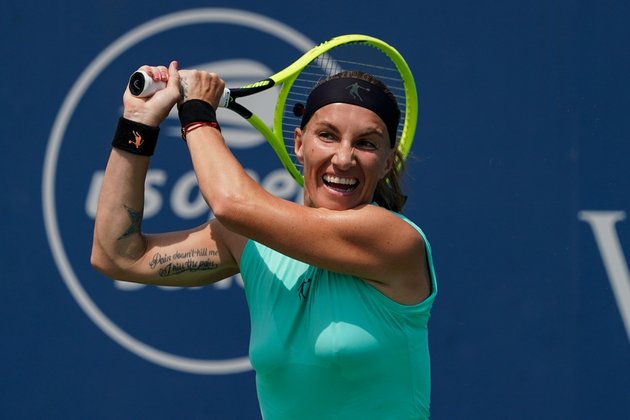 Svetlana Kuznetsova, who won the U.S. Open in 2004, pulled out of this year's tournament on Monday due to her concerns about the coronavirus pandemic.

The 35-year-old Russian also pulled out of the Western Southern Open, the lead-up event that is played in the Cincinnati area.

"Due to an unfavorable situation caused by coronavirus, and therefore the inability get together all my team, I made a difficult decision to refuse to participate in Cincinnati and the U.S. Open," Kuznetsova wrote in Russian while making her announcement on Instagram.

Kuznetsova is the latest withdrawal on the women's side that has seen World No. 1 Ashleigh Barty of Australia, No. 5 Elina Svitolina of Ukraine and No. 7 Kiki Bertens of Netherlands also pull out of the tournament.

Defending champion Rafael Nadal (No. 2) of Spain, 2016 champ Stan Wawrinka (No. 17) of Switzerland and Nick Kyrgios (No. 40) of Australia have withdrew on the men's side. No. 4 Roger Federer of Switzerland is missing the tournament due to a knee injury.

Kuznetsova has two Grand slam titles in her career, also winning the French Open in 2009. She reached the U.S. Open final for the second time in 2007 before falling to Justine Henin.