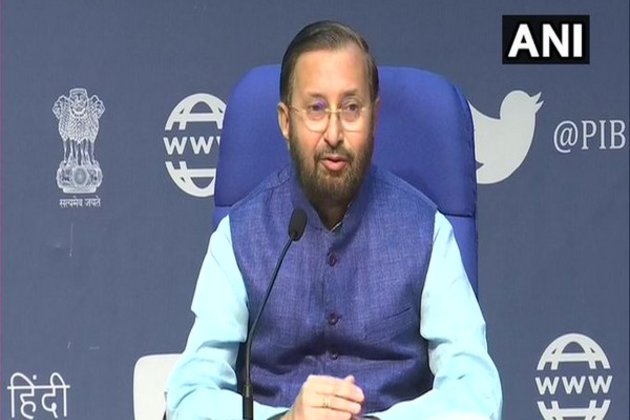 New Delhi [India], Aug 10 (ANI): It is important to strengthen human-elephant coexistence to manage conflicts and avoid loss of valuable lives of both the humans and elephants, said Union Minister Prakash Javadekar on Monday as World Elephant Day which falls on August 12 approaches.

Javadekar was speaking after launching a portal on human-elephant conflict called "Surakhsya" and also releasing a booklet titled "Best practices of Human-Elephant Conflict Management in India in Delhi on Monday.

At the launch event, the Environment Minister said, "India is committed to the cause of saving elephants and other animals and is working towards robust, practical, and cost-effective solutions to end the human-animal conflict."He stressed on the need for capacity building and training of forest staff.

Minister of State for Environment Babul Suprio was also present at the event.

Suprio expressed delight at the growing number of elephants in the country and said, "There is a need to save elephants and deal with the elephant-human conflict."He said the killing of innocent animals will not be tolerated by the government.

"The Central Government is adopting the best practices to deal with human-animal conflict," said Suprio.

The booklet released at the event is a pictorial guide to a variety of management inventions successfully adopted by states with elephants and serves as a reference manual for the adoption of the best possible site-specific mitigation measures that can be adopted to reduce human-elephant conflict.

World Elephant Day celebrated on August 12 is an international annual event, dedicated to the preservation and protection of the world's elephants. The goal of World Elephant Day is to create awareness on elephant conservation and to share knowledge and positive solutions for the better protection and management of wild and captive elephants. (ANI)