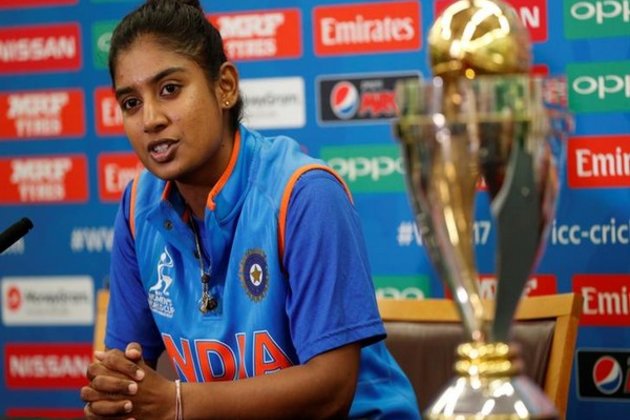 New Delhi [India], Oct 16 (ANI): India women's ODI skipper Mithali Raj had the perfect response to a fan who criticised her for not being fluent in her mother tongue 'Tamil'.

Raj, who originally hails from Tamil Nadu was criticised by a Twitter user saying that the skipper often speaks in English, Hindi and Telugu but does not use 'Tamil' to converse with people.

The fan had tweeted: "She doesn't know Tamil. She will speak in Eng, Telugu, Hindi".

The 36-year-old then came up with a reply in Tamil which roughly translates to: "Tamil is my mother tongue. I speak Tamil well, I am proud to live in Tamil Nadu, but above it all, I am a very proud Indian! Also my dear sugu , you constant criticism on each and every post of mine, your day to day advice on how and what should I do is exactly what keeps me going".

On Tuesday, Raj recorded her 100th international win as the skipper of the side.

During the series, she also became the first-ever woman cricketer to complete 20 years in international cricket.

Before the commencement of the ODI series, Raj had decided to call time on her T20I career.

"This decision was taken in January itself during the New Zealand tour. I had told the coach WV Raman and chairman of selectors about my decision. The captain also knew about that. All the people who were needed to be told about my decision were informed. 2021 World Cup would definitely be my swansong. I am looking forward to preparing for the World Cup," Raj had told ANI about her retirement decision.

"I did not see myself playing the T20 World Cup next year in Australia. I thought I should make the coach aware of my plans so that he can think of an alternative for the team and starts preparing the side likewise. I wanted to give him that time where he can try various players to get experience into the side," she had added. (ANI)